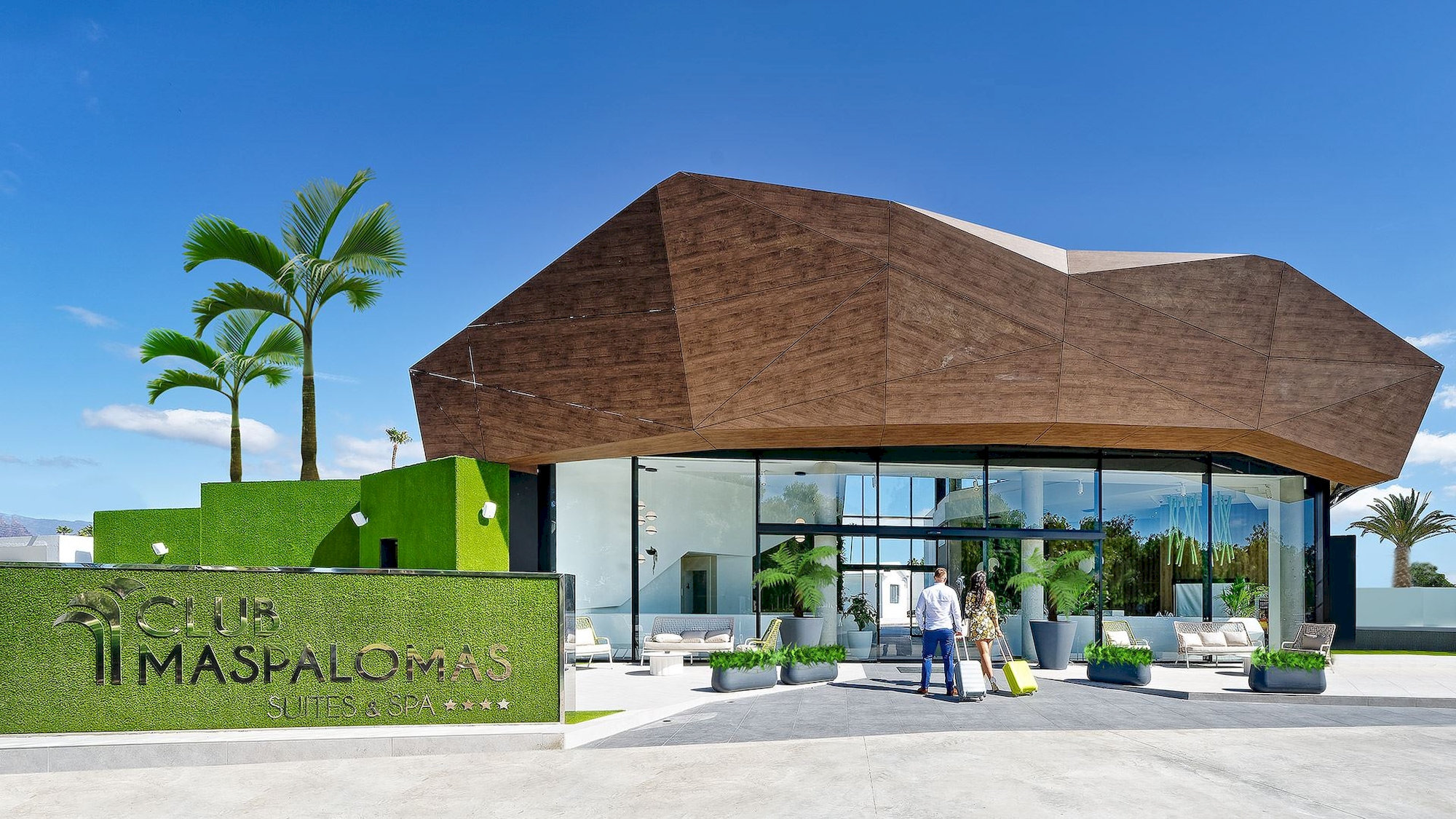 Travelling around the islands, we find the Hotel Ocean Hill in Gran Canaria.

Club Maspalomas is a 4* superior hotel complex located in Maspalomas, Las Palmas. This complex of bungalows has been subjected in 2018 to an intense rehabilitation and construction of the existing infrastructures. The old bungalows that were already part of the old Club Maspalomas I complex were built more than 3 decades ago so the modernization works of the more than 18.000 square meters took more than 6 months. The new hotel, developed horizontally, has 133 rooms, a 25-metre heated swimming pool, equipped with water beds and surrounded by a solarium with hammocks, a gymnasium, spa and relaxation areas and a large restaurant-pool.

The interior design and architecture of this rehabilitation project has been carried out by Sergio Macias and Carlos Orta. Rocersa materials were used for its construction – 20mm porcelain specialist – which can be found in the main “outdoor” areas of the complex, such as the swimming pool, the pool-restaurant, the spa area and the various terraces and entrances to the hotel.

For this purpose, specific Rocera collections have been used for outdoor areas such as solariums, walkways, private pools and shower areas, the collection Formentera Nogal CTE3 19,4x120cm, for the relaxation cabins the Everglow Nature RC CTE3 29,5x120cm. 20mm on plots and in its passage areas of the spa area Dover Cream RC CTE3 75×75. 20mm. and in its 10mm version for the restaurant terrace.

Travelling around the islands, we find the Hotel Ocean Hill in Gran Canaria, a cosy and inspiring hotel designed at the foot of the Atlantic Ocean where its incredible views, open spaces and renovated facilities will make your stay an unforgettable experience.

Nayar Systems is a company dedicated to Iot (Internet Of Things) whose headquarters are located in Castellón de la Plana, and also has an international presence in Shanghai.

In 2019, Nayar System began the project of what would be its new offices. It was a very ambitious project as they acquired a building whose façade was protected, so it was decided to empty the inside of the building and leave only the façade standing. This project idea managed to connect two extremes that seemed very far from meeting, on the one hand the traditional side of the building, and on the other the innovation and modernity of Nayar System.

It is a building with an approximate surface area of 2,000m2 distributed over 5 floors for research, connectivity and talent. To carry it out, 1,625 tons of concrete and 75,210 kg of steel were used.

For the floor where the offices are located, Rocersa’s 60x60cm Belfort Tostado technical porcelain flooring was used, which was laid on site and raised by means of plots. The Everglow Nature 29,5x120x2cm collection has also been used for the outdoor terrace located on the roof.

This website uses cookies so that we can provide you with the best user experience possible. Cookie information is stored in your browser and performs functions such as recognising you when you return to our website and helping our team to understand which sections of the website you find most interesting and useful.

Strictly Necessary Cookie should be enabled at all times so that we can save your preferences for cookie settings.

If you disable this cookie, we will not be able to save your preferences. This means that every time you visit this website you will need to enable or disable cookies again.